Toyota Motor (NYSE:TM – Get Rating) last announced its earnings results on Wednesday, May 11th. The company reported $3.34 earnings per share (EPS) for the quarter, beating analysts’ consensus estimates of $2.40 by $0.94. Toyota Motor had a net margin of 8.42% and a return on equity of 9.98%. The company had revenue of $69.82 billion during the quarter, compared to analysts’ expectations of $68.20 billion. Research analysts expect that Toyota Motor will post 17.31 EPS for the current year.

Toyota Motor Corporation designs, manufactures, assembles, and sells passenger vehicles, minivans and commercial vehicles, and related parts and accessories. It operates in Automotive, Financial Services, and All Other segments. The company offers hybrid cars under the Prius name, fuel cell vehicles under the MIRAI name; and conventional engine vehicles, including subcompact and compact cars under the Corolla and Raize names. 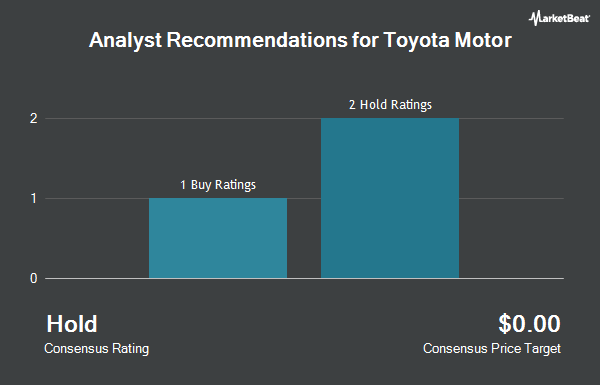